In mid-2015, G-Force Assembly was tasked with rolling out a new supplier into Bunnings’ indoor timber and cut moldings category in New Zealand. The transition meant performing a full relay in all stores with the dedicated range and set them up for a sell-through process of the equivalent range for the new supplier.

TO PROPERLY CONFIGURE AND SETUP THE STORES IN NEW ZEALAND, THE BRIEF FOR THE PROJECT WAS:

☑ Fully relay 30 stores of various sizes and configurations strictly to the new layouts that were optimized for the new supplier’s range. Bay configurations ranged from 2 bays to 14.

☑ Replace all the existing divider racking in the bays and send the existing componentry back to the old supplier. The larger stores required over 350 dividers to be replaced to complete the relay.

☑ Replace all the MDF carpentry boxes that hold the shorter lengths of timber and accessories and arrange for the existing boxes to be sent back to the old supplier. The new boxes, 1350mm wide by 210mm high and 1200mm deep, were to be installed in up to 9 bays, with 4 boxes required for each bay. That meant up to 68 boxes needed to be handled (36 in & 36 out) during the relay.

☑ All the existing old stock, over 550 skus, was to be sorted and the equivalent in the new stock, up to 230 skus, put back onto the shelf for sell-through. Once the old stock was sold-through, the equivalent new stock could be ordered and merchandised.

☑ A stock-take of all deleted and leftover products, capturing product codes and quantities, performed after every relay. Most stores required over 1000 lengths of timber counted, sorted and reported.

Time was the essential factor in this project.

The initial discussions between the new supplier and the Bunnings merchandising team put the project into the 6 month category. Previously, the existing supplier could take up to a full working week to relay a single store.

G-Force recognized the need to be expedient and setup the network for the supplier as quickly as possible. The more time taken to roll out the network, the less opportunity for them to recoup their costs and less chance to capitalize on the peak selling season over December/January.

It would mean the project was completed by October, giving 2 whole months for the existing range to sell-through and fully stock the stores with the new range ready for December/January sales.

The rollout started in earnest on the 4th of August the final store was completed on the 20th of October, exactly 11 weeks after commencement.

To do so, G-Force fully relayed 268 bays, installed 724 boxes, put in over 6700 dividers and handled lengths of timber which, end to end, would measure out over 50km.

No expense was spared by G-Force, putting on teams of up to 9 staff were put on in bigger stores, with the same core group of merchandisers sent out of Auckland to every store in the country to ensure the best and quickest results possible.

And the results speak for themselves. Not even one store for the duration of the rollout had the aisle of timber closed for more than a single day. All core merchandising was completed in a single day at every store. If anything was remaining it would only be some ticketing and installation of product description cards and Point-Of-Sale which was completed by a single merchandiser the following day of the relay.

Each store was completed quicker and quicker. The average time for each bay started at 7.74 hours per bay in the first week, down to just 6.78 hours in the final 2 weeks.

Testimonials from the client, the Bunnings Buyer’s Office and their Store Development and Visual Merchandising department have all come back with how professional and efficiently the project was managed and all have admitted that they could not think of any other company to complete the project as successfully as G-Force Category Solutions.

IN 11 WEEKS, G-FORCE FULLY RELAYED 268 BAYS, INSTALLED 724 BOXES, PUT IN OVER 6700 DIVIDERS AND HANDLED LENGTHS OF TIMBER WHICH, END TO END, WOULD MEASURE OUT OVER 50KM. 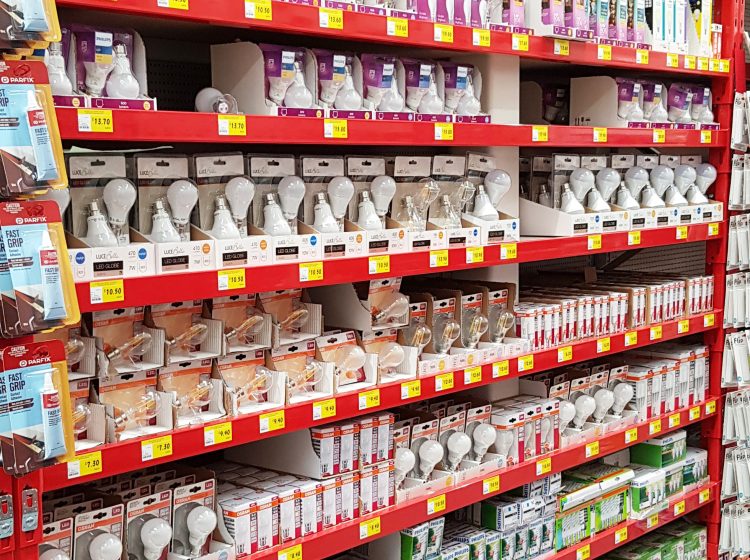 In the final quarter of 2013, G-Force’s Assembly Division took on a task too big for most other merchandising companies: the national implementation of new layout standards across 4 categories concurrently. 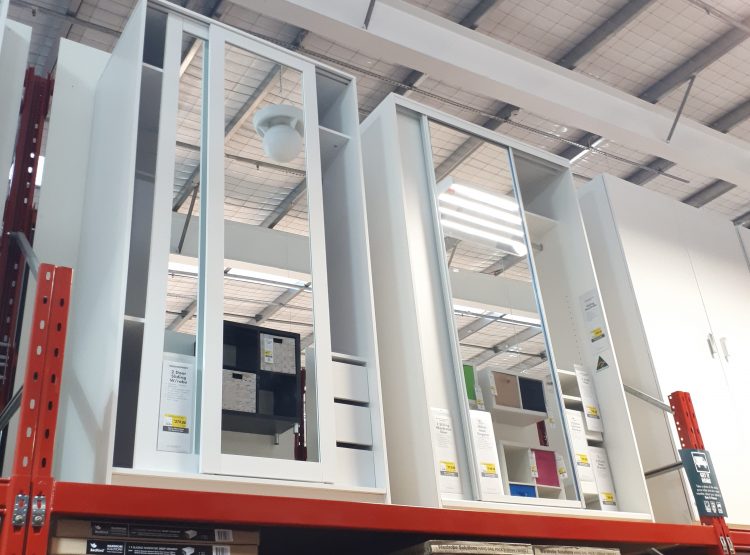 In the second quarter of 2013, G-Force’s Assembly Division was to complete the changeover of a completely new range of flat packed modular wardrobe storage products and their displays on behalf of the Bedford Group.